Often overlooked by visitors to East Africa, the coastal areas of southern Somalia, Kenya, Tanzania and northern Mozambique boast several ruined and extant historical towns of significant cultural importance. Although some receive an increasing number of visitors - especially Stone Town in Zanzibar and Lamu in Kenya - most sites seldom see a single soul. Places like Kilwa Kivinje and Pemba in Tanzania are notable for their remote and isolated location, whilst the city of Mogadishu has been a no go area for years due to the ongoing Somali civil war. With his brief introduction to East Africas Shirazi and Omani mosques, forts and residences, Werner Hermans intends to make a broader public familiar with the presence of world class, African monuments in a part of the continent for which it's early history is commonly only associated with colonial influence. 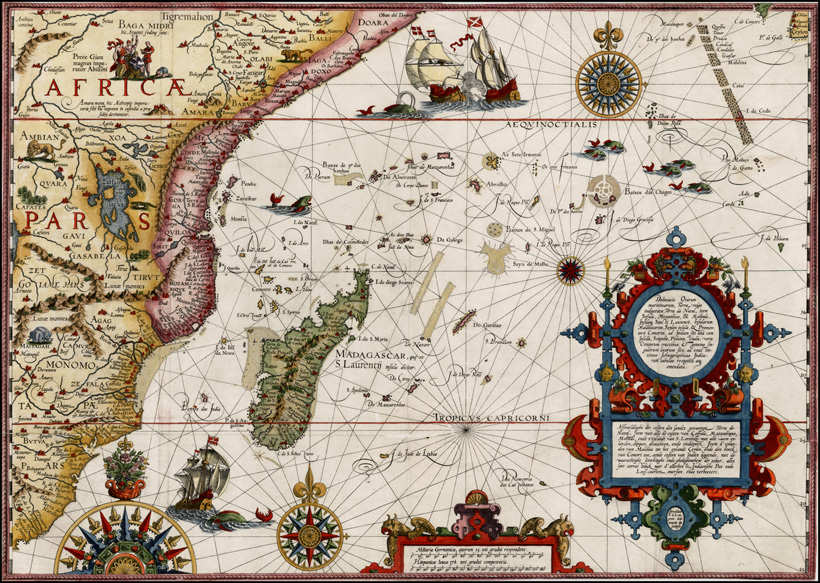 Map of the Swahili coast, from Jan Huyghen van Linschoten's "Itinerario", engraved by Arnold Florentius van Langeren and published in Amsterdam by Cornelis Claesz in 1596. As secretary to the Portuguese archbishop of Goa, Van Linschoten had access to many top-secret Portuguese nautical maps as well as other valuable commercial information. The extensive details of coastal and other navigational points on this map are likely based on those from the portolan charts of the Portuguese, especially those by Bartolomeu Lasso. The map clearly depicts 'Quiloa' (Kilwa Kisiwani in southern Tanzania) as the most important settlement in East Africa of the late 16th century. 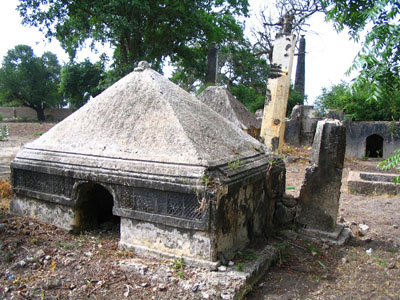 This ancient graveyard dating back to the 17th century is situated in a suburb of Dar es Salaam. Some gravestones bear obelisk-like pillars which are characteristic of Shirazi tombs in East Africa. 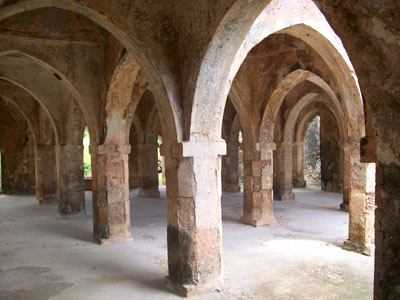 The Great Mosque of Kilwa Kisiwani was founded in the 10th century. Its large prayer hall is a later extension built in the early 14th century. The roof consists of 30 domes and vaults held up by monolithic stone pillars. 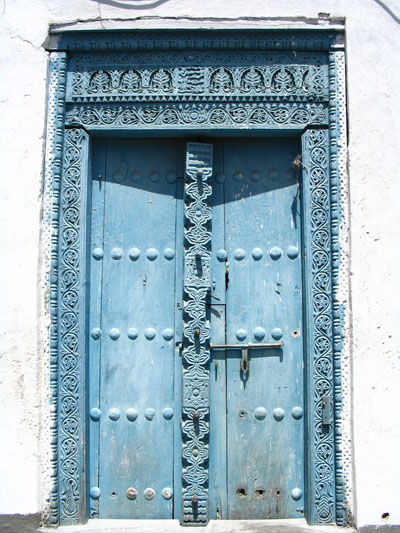 A fascinating feature of Omani architecture is the ornately carved wooden door. This tradition originates from the areas around the Persian gulf - from Afghanistan to Punjab in India - where they were first mentioned in the 12th century.

This striking example from mid-19th century guards the entrance of a house in Zanzibar.